Follow-up for Invite them to your classroom

So if you have been following my posts you will know that Feb. 21st and 22nd were two days I had set aside to demonstrate Twitter in the classroom to local education leaders, political leaders, and a few businesses. The purpose of the invites was to show the benefits of Social Media in the classroom. The layout and format of Twitter make it the quickest method for communication with anyone who has an account. Finding connected professionals and classrooms is a lot easier than you might think. Google searches for “scientists on Twitter” is how we got started.
During the scheduled visits the students and I had live online twitter chats with scientists called #scistuchat. Typically #scistuchat is a monthly discussion, more info at sg.sg/scistuchat1. In addition to the discussions with scientists we also talked with Mr Paul Battaglia’s (@PaulBattaglia) class in New Jersey. The chats went smooth and the students enjoy the activity. The scientist also enjoy the interaction. In fact several scientists saw the discussion second hand and joined the conversation. Here is an archive of the 5 different discussions. https://sites.google.com/site/scistuchat/home/zbig-wig-demo-archive
Toward the end of these chats I had students share two things they had learned. Most of their answers seem pretty genuine and I was thrilled by this. The scientist also took it upon themselves to share things that they have learned. One scientist said that he realized how cool is high school students were. Of course all the students were very excited by his comment.
The visitors to my room were excited about the level of engagement from the students. They also liked seeing the interaction between students in a classroom and the professionals out in the real world.
State Senator Jim Tracy @jimtracy and State Representative Antonio Parkinson @TNRepParkinson were invited to my class through Twitter. I reached out to a couple dozen state leaders on Twitter and Mr. Tracy and Mr. Parkinson were kind enough to respond. I was thrilled they came and was especially excited at the level of their interest in what we were doing. 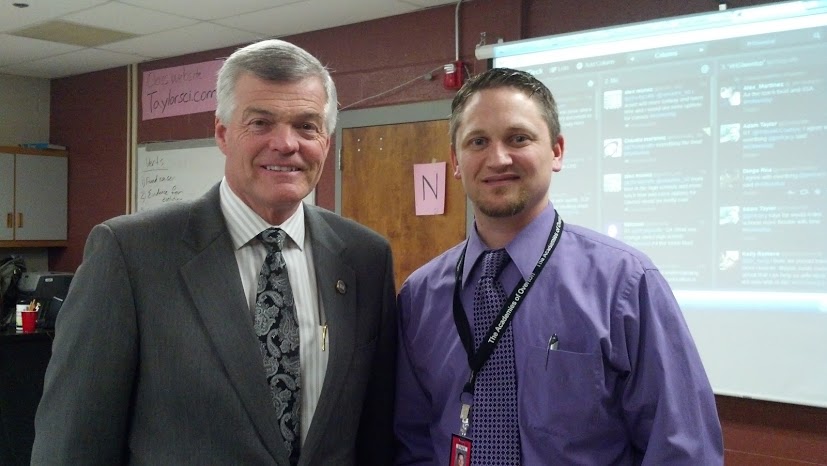 Mr. Tracy explained to the students how he uses twitter to help inform constituents. He also live tweets the State of the State speech every year and loves to share pictures through twitter when he is out in the community.
Mr. Parkinson encourage students to not shy away from the opportunities available in class through twitter. He said “don’t be too cool for it.” This was a great comment. Many of my students are afraid to tweet for class even though they have twitter accounts. They do not want their friends to know they are doing something for class. 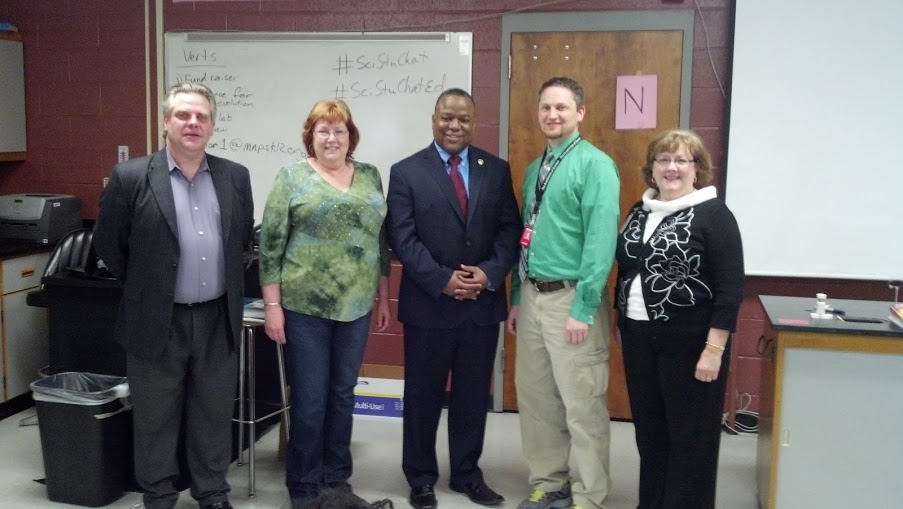 In addition to the state political leaders we also had professionals from the Tennessee Department of Education, Joy Smith, Renee Koch, Dustin Heath, and the Nashville Technology Council’s Jessica Hill in attendance. We also had the lovely Sarah Baker, science coordinator for Metro Nashville Public Schools.

High School Science Teacher Dickson, TN
View all posts by 2footgiraffe →
This entry was posted in Uncategorized. Bookmark the permalink.

10 Responses to Follow-up for Invite them to your classroom